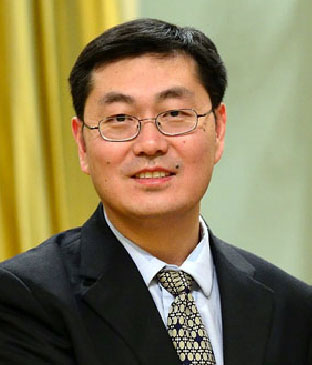 Speech Title: Towards Sustainable Edge and IoT: An Integral View from the Energy Perspective

Abstract: While the modern power grid is known to be reliable in urban cities, it is not and probably will never be the case for remote areas, e.g., northern Canada or Gobi Desert in China. It is necessary to view energy supply as an integral part towards sustainable edge computing and Internet of Things (IoT), both for maintaining their services and for protecting the sensitive environment.

In this talk, based on our realworld experience in Canada and China, I will discuss sustainable edge and IoT design and deployment from the energy perspective. I will present our recent works on nonintrusive load monitoring and data-driven battery analysis and optimization, particularly on their integration with edge nodes in harsh environments. We also advocate the new paradigm that spatially decouples energy supply and sensing/computing modules and strongly believe that batteryless will be the future for tiny IoT devices. We accordingly present a series of our recent works on batteryless communication and sensing, including high-throughput and multi-hop backscatter, distribution excitation, multi-track acoustic sensing with ambient energy , etc.

Bio: Jiangchuan Liu is a Full Professor in the School of Computing Science, Simon Fraser University, British Columbia, Canada. He is a Fellow of The Canadian Academy of Engineering, an IEEE Fellow, and an NSERC E.W.R. Steacie Memorial Fellow. He is also a Distinguished Guest Professor of Tsinghua Shenzhen International Graduate School. In the past he worked as an Assistant Professor at The Chinese University of Hong Kong, a research fellow at Microsoft Research Asia, and an EMC-Endowed Visiting Chair Professor of Tsinghua University. 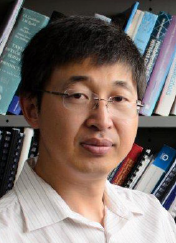 Speech Title: Beyond 5G towards a Super-connected World

Abstract: Connected smart objects, platforms and environments have been identified as the next big technology development, enabling significant society changes and economic growth. The entire physical world will be connected to the Internet, referred to as Internet of Things (IoT). The intelligent IoT network for automatic interaction and processing between objects and environments will become an inherent part of areas such as electricity, transportation, industrial control, utilities management, healthcare, water resources management and mining. Wireless networks are one of the key enabling technologies of the IoT. They are likely to be universally used for last mile connectivity due to their flexibility, scalability and cost effectiveness. The attributes and traffic models of IoT networks are essentially different from those of conventional communication systems, which are designed to transmit voice, data and multimedia. IoT access networks face many unique challenges that cannot be addressed by existing network protocols; these include support for a truly massive number of devices, the transmission of huge volumes of data burst in large-scale networks over limited bandwidth, and the ability to accommodate diverse traffic patterns and quality of service (QoS) requirements. Some IoT applications have much stringent latency and reliability requirements which cannot be accommodated by existing wireless networks. Addressing these challenges requires the development of new wireless access technologies, underlying network protocols, signal processing techniques and security protocols. In this talk, I will present the IoT network development, architecture, key challenges, requirements, potential solutions and recent research progress in this area, particularly in 5G and beyond 5G.

Bio: Yonghui Li received his PhD degree in November 2002. Since 2003, he has been with the Centre of Excellence in Telecommunications, the University of Sydney, Australia. He is now a Professor and Director of Wireless Engineering Laboratory in School of Electrical and Information Engineering, University of Sydney. He is the recipient of the Australian Research Council (ARC) Queen Elizabeth II Fellowship in 2008 and ARC Future Fellowship in 2012. He is an IEEE Fellow. His current research interests are in the area of wireless communications.

Professor Li is an editor for IEEE transactions on communications, IEEE transactions on vehicular technology and guest editors for several special issues of IEEE journals, such as IEEE JSAC, IEEE IoT Journals, IEEE Communications Magazine. He received the best paper awards from IEEE International Conference on Communications (ICC) 2014, IEEE PIMRC 2017, and IEEE Wireless Days Conferences (WD) 2014. He has published one book, more than 260 papers in premier IEEE journals and more than 150 papers in premier IEEE conferences. His publications have been cited more than 18000 times.

Li has attracted more than $10 million in competitive research funding over the past 10 years, . He has participated in $500 Millions Australia national demonstration project "Smart Grid Smart City" and designed last mile access networks. 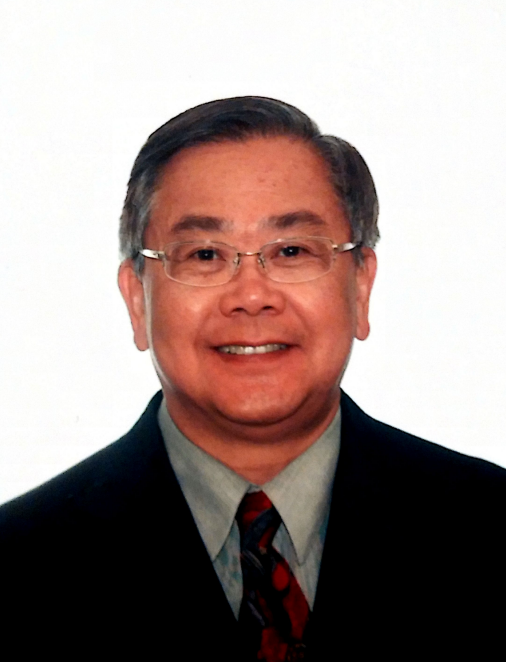 The University of British Columbia, Canada

Abstract: In the emerging 6G network, massive deployment of Internet of Things (IoT) devices to support smart environments such as smart cities, smart factories, smart offices and smart homes is anticipated. To deal with the enormous amount of data that will be generated by these devices and provide support to various applications, many of which have stringent latency requirements, use of multi-access edge computing (MEC) with artificial intelligence (AI), so called edge intelligence becomes critical. In very large networks, edge nodes may belong to different entities.  Blockchain, a distributed ledger technology (DLT), has become a powerful structure to share data in a verifiable manner among edge nodes without them sharing trust. We present an overview of  blockchain-enabled edge intelligence, and outline several challenges that researchers strive to address in this paradigm. The long time-delay of legacy blockchain consensus mechanisms make it difficult to meet the stringent latency requirement of 6G IoT. The security of distributed machine learning may be compromised by cyber-attacks. Performance of AI in 6G IoT may be constrained by the heterogeneity of IoT data. To address some of these challenges, we present innovative solutions for blockchain-enabled edge intelligence to minimize latency in blockchain-based edge training, defend against attacks on IoT data, and improve prediction accuracy of AI models in the presence of heterogeneous IoT data.

Bio: VICTOR C.M. LEUNG is a Distinguished Professor of Computer Science and Software Engineering at Shenzhen University, China, and an Emeritus Professor of Electrical and Computer Engineering at the University of British Columbia, Canada.  He has co-authored numerous refereed articles in the broad areas of wireless networks and mobile systems, and is a Clarivate Analytics “Highly Cited Researcher”. Dr. Leung is an editor of the IEEE TGCN, IEEE TCC, IEEE TCSS, IEEE Access, and several other journals. He received the 2017 IEEE ComSoc Fred W. Ellersick Prize, 2017 IEEE Systems Journal Best Paper Award, 2017 Canadian Award for Telecommunications Research, 2018 IEEE TCGCC Distinguished Technical Achievement Recognition Award, 2018 IEEE CSIM Best Journal Paper Award, and 2019 IEEE TCGCC Best Journal Paper Award, as well as several other awards. He is a Life Fellow of IEEE, and a Fellow of the Royal Society of Canada (Academy of Science), Canadian Academy of Engineering, and Engineering Institute of Canada. 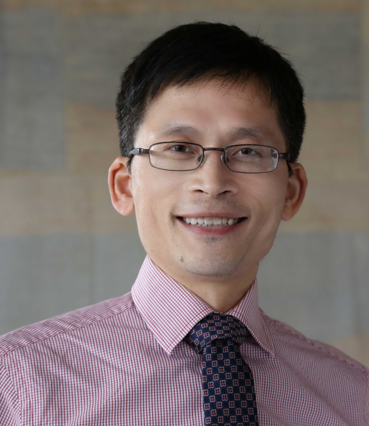 Abstract: Among many emerging vertical industries, connected autonomous vehicles (CAVs) with the aid of vehicle-to-everything (V2X) communication and networking are deemed to transform our travel experience with numerous far-reaching societal and economic benefits. With 5G communication networks rolling out globally, it is time to ask how 6G will help reshape and revolutionize our future intelligent transportation systems. In this talk, I will share our vision to 6G V2X communications by emphasizing enabling technologies, major challenges and significant opportunities. In particular, I will introduce our new results on code-domain non-orthogonal multiple access, joint sensing and communication, and hybrid RF and visible light communication (VLC), three promising wireless techniques for ubiquitous and highly efficient V2X data exchanges.

This talk will be based on our recent paper “6G for Vehicle-to-Everything (V2X) Communications: Enabling Technologies, Challenges, and Opportunities” ([online]: https://arxiv.org/abs/2012.07753) which has been published in Proceedings of IEEE.

Bio: Zilong Liu is a Lecturer (tenured Assistant Professor) at the School of Computer Science and Electronics Engineering, University of Essex. He received his PhD (2014) from School of Electrical and Electronic Engineering, Nanyang Technological University (NTU, Singapore), Master Degree (2007) in the Department of Electronic Engineering from Tsinghua University (China), and Bachelor Degree (2004) in the School of Electronics and Information Engineering from Huazhong University of Science and Technology (HUST, China). From Jan. 2018 to Nov. 2019, he was a Senior Research Fellow at the Institute for Communication Systems (ICS), Home of the 5G Innovation Centre (5GIC), University of Surrey. His research lies in the interplay of coding, signal processing, and communications, with a major objective of bridging theory and practice as much as possible.

He is a Senior Member of IEEE and an Associate Editor of IEEE Transactions on Neural Networks and Learning Systems, IEEE Transactions on Vehicular Technology, IEEE Wireless Communications Letters, and IEEE Access. He was the Hosting General Co-Chair of the 10th International Workshop on Signal Design and its Applications in Communications (IWSDA’2022) and a TPC Co-Chair of the 2020 IEEE International Conference on Advanced Networks and Telecommunications Systems (ANTS’2020). He was a tutorial speaker of VTC-Fall’2021 and APCC’2021. Details of his research can be found at: https://sites.google.com/site/zilongliu2357.