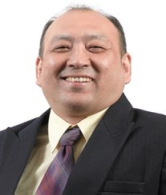 The Chair of the ACM, Singapore Chapter

Abstract: Recently, the Fifth Generation (5G) wireless network becomes a major carrier for wireless communications that supports the Internet of everything and large-scale heterogeneous connections. Nowadays, the 5G wireless networks have been deployed in many countries in the world such as Qatar, where 5G commercial services are available to end-users. 5G wireless networks present some promising and advanced features. Since the introduction of the new techniques and new features makes 5G wireless networks facing several new security challenges, it is critical to design new security functionality to protect the operation of 5G wireless networks. The Third Generation Partnership Project (3GPP) has produced the Technical Specification TS 23.501 R16 to specify various functions of 5G wireless network with corresponding security mechanisms. Some other pioneering research works have enhanced the security mechanisms specified by the 3GPP. In this talk, I would like to summarize some followed-up research work with the aim to achieve a compromise between the security functionality and the performance of the 5G wireless networks. A series of proposed solutions targets at providing security protection with high efficiency in different kinds of network scenarios will be discussed.

Bio: Prof. Maode Ma, a Fellow of IET, received his Ph.D. degree from Department of Computer Science in Hong Kong University of Science and Technology in 1999. Now, Dr. Ma is a Research Professor in the College of Engineering at Qatar University. Before joining Qatar University, he has been a faculty member at Nanyang Technological University in Singapore for over 20 years. He has extensive research interests including network security and wireless networking. Dr. Ma has more than 450 international academic publications including more than 220 journal papers and over 230 conference papers. His publication has received near 7000 citations by Google Scholar. He has delivered over 80 keynote speeches and 10 tutorials at various international conferences. He currently serves as the Editor-in-Chief of International Journal of Computer and Communication Engineering and Journal of Communications. He also serves as a Senior Editor for IEEE Communications Surveys and Tutorials, and an Associate Editor for International Journal of Wireless Communications and Mobile Computing and International Journal of Communication Systems. Dr. Ma is a senior member of IEEE Communication Society and a member of ACM. He is now the Chair of the ACM, Singapore Chapter. 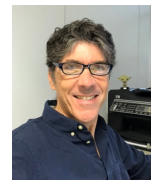 Abstract: Many applications in machine learning and artificial intelligence require the solution of global optimization problems in high dimension. For such optimization problems, gradient-based methods have been dominating. Nevertheless, gradient-based methods have problems dealing with functions that have large noise or that are non-differentiable. Gradient-free stochastic particle methods represent a viable alternative in such circumstances. Among these, Consensus based optimization (CBO) methods, thanks to their rigorous mathematical foundation, have attracted a lot of interest recently from the scientific community. Roughly speaking, they belong to the family of individual-based methods that are inspired by self-organized dynamics built on alignment and stochastic exploration. Together with their mathematical formulation we will discuss the relation to other metaheuristics like the well-known particle swarm optimization (PSO). We also consider recent extensions to the constrained and the multi-objective cases, in particular the situation where the optimization process is restricted to manifolds. Some applications to machine learning problems and rigorous results regarding the mean-field limit and the convergence of the methods to the global minimum are presented.

Bio: Lorenzo Pareschi is Professor of Numerical Analysis at the Department of Mathematics and Computer Science, University of Ferrara, Italy. He received his Ph.D. in Mathematics from the University of Bologna, Italy, and subsequently held visiting professorships at the Georgia Institute of Technology, Atlanta, USA, the University of Wisconsin-Madison, USA, the University of Orléans, France, and the University of Toulouse, France. He was awarded as Nelder Fellow at the Imperial College, London, UK, in 2015, and John von Neumann Professor at the Technical University of Munich, Germany, in 2019. He is currently member of the steering committee of the Italian Society for Industrial and Applied Mathematics (SIMAI), and member of the Committee for Applications and Interdisciplinary Relations (CAIR) of the European Mathematical Society (EMS). His research interests include multiscale modeling and numerical methods for phenomena described by nonlinear time-dependent partial differential equations. He served as associate editor for several international journals among which Multiscale Modeling and Simulation, and SIAM Journal on Scientific Computing. The results of his research activity are reported in more than 160 scientific publications and 5 books. 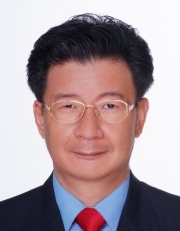 Bio: Xudong Jiang received the B.Eng. and M.Eng. from the University of Electronic Science and Technology of China (UESTC), and the Ph.D. degree from Helmut Schmidt University, Hamburg, Germany. From 1998 to 2004, he was with the Institute for Infocomm Research, A-Star, Singapore, as a Lead Scientist and the Head of the Biometrics Laboratory, where he developed a system that achieved the most efficiency and the second most accuracy at the International Fingerprint Verification Competition in 2000. He joined Nanyang Technological University (NTU), Singapore, as a Faculty Member, in 2004, and served as the Director of the Centre for Information Security from 2005 to 2011. Currently, he is a professor in NTU. Dr Jiang holds 7 patents and has authored over 200 papers with over 40 papers in the IEEE journals, including 6 papers in IEEE T-PAMI and 12 papers in IEEE T-IP. Three of his journal papers have been listed as published the top 1% highly cited papers in the academic field of Engineering by Essential Science Indicators. He also 12 papers in top conferences CVPR/ICCV/ECCV in the past 4 years since 2018. He served as IFS TC Member of the IEEE Signal Processing Society from 2015 to 2017, Associate Editor for IEEE Signal Processing Letter from 2014 to 2018 and Associate Editor for IEEE Transactions on Image Processing from 2016 to 2020. Dr Jiang is currently an IEEE Fellow and serves as Senior Area Editor for IEEE Transactions on Image Processing and Editor-in-Chief for IET Biometrics. His current research interests include image processing, pattern recognition, computer vision, machine learning, and biometrics.

Abstract: Huge volumes of heterogeneous data are increasingly being collected, stored and analyzed for improved understanding, prediction and efficiency of complex processes. Business processes from large organizations are diverse and complex, while healthcare process data are increasingly being modelled and analyzed to track the spread of devastating diseases, such as covid-19, and the management of patients in hospital and community settings. However, internal and external process factors can lead to uncertainty of outcomes, resulting, for example, from customer or patient journeys. Smart process analytics allows the users of such data and knowledge to achieve goals, through the use of different modelling and analytical techniques, thus facilitating the better understanding of such processes and prediction of outcomes of interest. Such approaches can typically improve understanding of process dynamics and facilitate timely predictions.

Bio: Sally McClean received her first degree in Mathematics from Oxford University, and then obtained a MSc in Mathematical Statistics and Operational Research from Cardiff University, followed by a PhD on Markov and semi-Markov models at Ulster University. She is currently Professor of Mathematics at Ulster University. Her main research interests are in Stochastic Modelling, Data Mining and Optimisation, particularly for Healthcare, and Computer Science, specifically Databases, Internet of Things, and Sensor Technology. Much of this work has focussed on patient modelling and pervasive technologies. She has been grantholder on over £13 million worth of funding, mainly from the EPSRC, Industry, the EU and charities. She has published over three hundred papers and was previously a recipient of Ulster University’s Senior Distinguished Research Fellowship.

Speech Title: Machine Learning in an Open Environment and its Challenges for Theoretical Modeling

Abstract: One of the main assumptions of classical machine learning is that data are generated by a stationary concept. This is often violated in practice if unexpected events happen, sensor drift is present, of models should be individualized for a specific user, for example. In such situations, a number of challenges occur: How to detect that drift occurs? How to adapt the model on the fly, given new data, without catastrophic forgetting? How to incorporate measures which can mediate suboptimal behavior?

In the talk, we will address three algorithmic challenges: flexible drift detection with minimum requirements, life-long model adaptation, and reject options. We will demonstrate the behavior of the algorithmic models in the context of medical applications and industry4.0, respectively.

Bio: Barbara Hammer is a full Professor for Machine Learning at the CITEC Cluster at Bielefeld University, Germany. She received her Ph.D. in Computer Science in 1999 and her venia legendi (permission to teach) in 2003, both from the University of Osnabrueck, Germany, where she was head of an independent research group on the topic 'Learning with Neural Methods on Structured Data'. In 2004, she accepted an offer for a professorship at Clausthal University of Technology, Germany, before moving to Bielefeld in 2010. Barbara's research interests cover theory and algorithms in machine learning and neural networks and their application for technical systems and the life sciences, including explainability, learning with drift, nonlinear dimensionality reduction, recursive models, and learning with non-standard data. Barbara has been chairing the IEEE CIS Technical Committee on Data Mining and Big Data Analytics, the IEEE CIS Technical Committee on Neural Networks, and the IEEE CIS Distinguished Lecturer Committee. She has been elected as member of the IEEE CIS Administrative Committee and the INNS Board. She is or has been an associate editor of the IEEE Computational Intelligence Magazine, the IEEE TNNLS, and IEEE TPAMI. Currently, large parties of her work focusses on explainable machine learning for spatial-temporal data in her role as a PI of the ERC Synergy Grant Water-Futures.